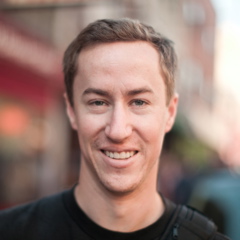 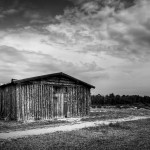 Fort Calgary was built in 1875 by the North West Mounted Police and eventually became the foundation for the city that would become Calgary. Originally set up to bring law to the west, stop the whiskey trade, and befriend the local First Nations peoples, it now stands as an important piece of our history. These […]

I’ve already posted a number of photos from my trip to Las Vegas earlier this year, and at the time of posting I know I was happy with the images…however, in going back through the photos I’ve already tonemapped, I am realizing that quite a number might be a little overcooked. The photo I’m sharing […] 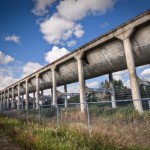 The Brooks Aqueduct has been on my short list of locations in Alberta to photograph for quite some time now and two weekends ago I found the time to make the ~2 hour drive to Brooks in search of this National Historic Site. Unfortunately, the aqueduct was quite poorly signed and the map on their […] 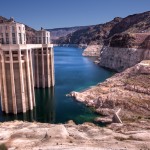 As part of our trip to Las Vegas in May, we took a cheesy tour bus to the Hoover Dam where we got a guided tour down inside the dam and had an hour or so to do some exploration of our own up top. First things first: the Hoover Dam is one of the […] 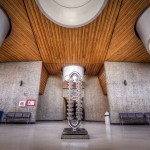 This photo brings back some memories for me. This was shot in the Science Theatres lobby area at the University of Calgary where I spent 5 glorious years getting my undergraduate degree in Economics. The crazy looking metal sculpture in the centre of the frame is called ‘The Zipper’. Both screw-like pieces of the sculpture […]